In this post, I’ll explain the claim I make in storyFORMing workshops, that story & strategy are two sides of the same sheet of paper.

To do so, I’ll draw upon the work of War Studies expert Lawrence Freedman and management studies thinker, Roger M. Martin.

Strategy derives from the word strategos, meaning the “art of the general”. From this origin, flows a number of associations:
The challenge, as we’ll see, is that, increasingly, what winning means is not obvious. In fact, it’s up for grabs. And the organisational cultures where it is well and clearly defined to all are the ones that flourish. We’ll come back to this in a moment. But first….

In this primer video based on a textbook Wiley published last year, Professor David Kryscynski uses different language to represent these basic ideas: The video boils down to strategy’s role being: to provide clear answers to four questions: If this is strategy’s role in full, then it is easy to why the Business Model Canvas formulated by Alex Osterwalder and Yves Pigneur is such a welcome tool: 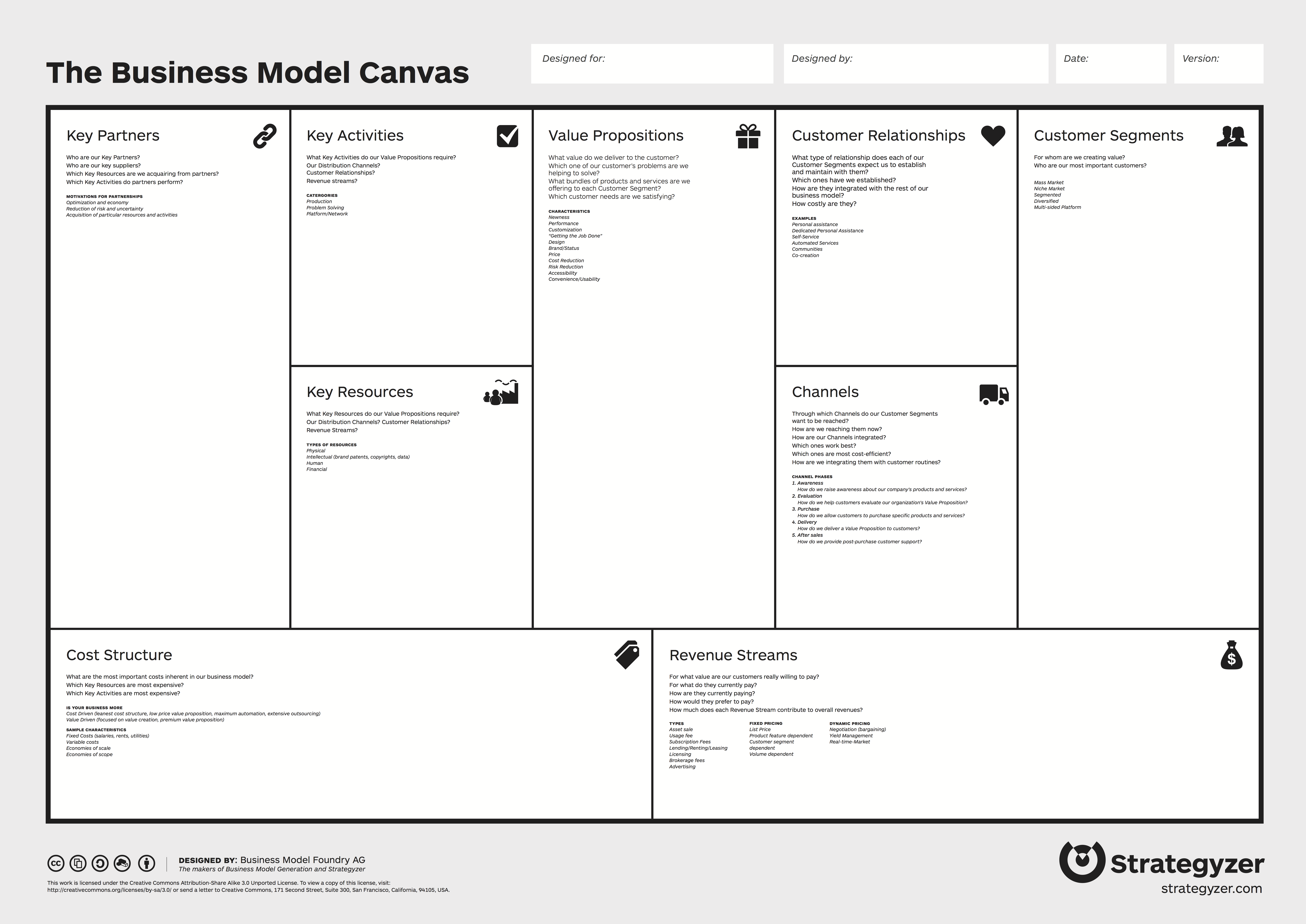 If you populate the canvas incisively, the four questions will be answered

The problem with the summary and the canvas is: they don’t demand the thinkers to answer the question: why bother? What will this get us?

The question “And what will that bring you?” is the question a good coach or therapist will ask, as part of their ecology check. Without it being asked and answered, victory is unhinged from values.

Waste could be: too many features, too much raw material, too much effort directed in the wrong way. At the extreme, what might have been purposeful is rendered pointless.  Possibly even harmful. The strategy fails.

From "Coffee pods: The new eco-villain" by Rosemary Counter January 27, 2015 for Macleans
Photo Illustration by Sarah MacKinnon and Richard Reddit for Macleans

Roger L. Martin offers a more engaging model for business strategy. I say engaging because it does a better job, in my experience, of reminding us that strategy is dynamic. Martin’s model achieves this because it draws attention to the choices considered and then made in strategy definition. (The iterative processes of sketching, testing and re-sketching business model canvases is also highlighted both in the way the process is taught and by the term, business model design.)

Martin’s work with A.G. Lafley, CEO of P&G, leads him to a concise, unequivocal definition of strategy: “Strategy is choice.”

Says Martin: Strategy is not a long planning document; it is a set of interrelated and powerful choices that positions the organization to win.  There are five key choices in the Strategy Choice Cascade

When we picture these five key choices as a cascade, we begin to see that they interact. So seeing the interactions and influence is part of choosing well.

The phrase “winning aspiration” leads our thinking to widen out. An aspiration is something we wish for. It a phrase that begins to uncover the purpose that propels us to want to win in the first place. Hold this in mind, as we move forward to consider, what changes do we think are worthwhile?.

Choosing Which Change is Worthwhile

Freedman doesn’t want us to go so far as the novelist Leo Tolstoy, who “dismissed the idea of strategy as presumptuous and naïve” (609). But he most certainly does expect us to appreciate that “successful outcomes would depend on trying to affect a range of institutions, processes, personalities, and perceptions that would often be quite impervious to influence” (609). He reminds us, throughout, of the complex field on which wars are fought.

Like Roger L Martin, Freedman is asking us to accept the uncertainty.

Wars are waged. In business, strategies are wagered. The smaller the bets, the better. Click To Tweet

Freedman also wants to rescue the word “strategy” from its overuse. He maintains: “[S]trategy remains the best word we have for expressing attempts to think about actions in advance, in light of our goals and our capacities.” (x)

In its preface, Freedman offers a short definition of strategy as: “the art of creating power” (xii). This sounds opaque. But it makes perfectly good sense when we take into account the barriers to the change we envision in our definition of “winning”.

A plan supposes a sequence of events that allows one to move with confidence from one state of affairs to another. Strategy is required when others might frustrate one’s plans because they have different and possibly opposing interests and concerns. (xi)

For power, we can also understand influence. A sound strategy gives us the coordination of our actions and capacities with our goals, such that we influence effectively. Freedman recognises that “the impact of strategy [can] be measured as the difference between the outcome anticipated by reference to the prevailing balance of power and the actual outcome after the application of strategy” (607-8).

In other words: in doing strategy, we’re keenly looking to imagine, what changes?

If we want to do strategy well, we must be very curious about the change in the world we’re seeking to drive. Metrics are symptoms. It’s the change itself we’re after. The change happening is what tells us we’re winning.

Wanting that change as opposed to other possible changes is why we invest in a particular strategy over others. That’s the heart of Martin’s choice, Where do you want to play? It’s shorthand for:

By bringing in the barriers that frustrate plans, the lens on strategy allows us to begin to really think about how others might perceive and respond to our activities. The art of strategy then becomes the art of choosing well whose lives and minds you wish to influence.

Freedman arrives at the same conclusion I have, completely independently. In the final chapter of this massive tome, he “explores the value of considering strategy as a story about power told in the future tense from the perspective of a leading character” (608). Power is not simply stored energy (as defined in physics) but the capacity to influence or make change.

storyFORMing grounds strategy definition in a picture of desired changes around which resources and activities will be organised…until such time as the landscape shifts, and the strategy needs to be re-designed.

In fact, storyFORMing exceeds Freedman’s hopes: because it supports the narrating of change told in the future tense from multiple perspectives.

Even better, because it makes the complex so clear, storyFORMing even helps people narrate a single change in different ways, to better attract and hold the attention of different audiences.

The stories, though, aren’t the only point of storyFORMing, or even the main one.

The reason to use the storyFORMing framework is to get clearer about the change you want to create in others, by investing your actions, resources and capabilities in a coordinated way. The clarity makes communicating easier, whether in fluid conversation based on exchange of questions, ideas, and information…or through sharing or presenting stories.

How this all works is something I’ll walk you through another day.